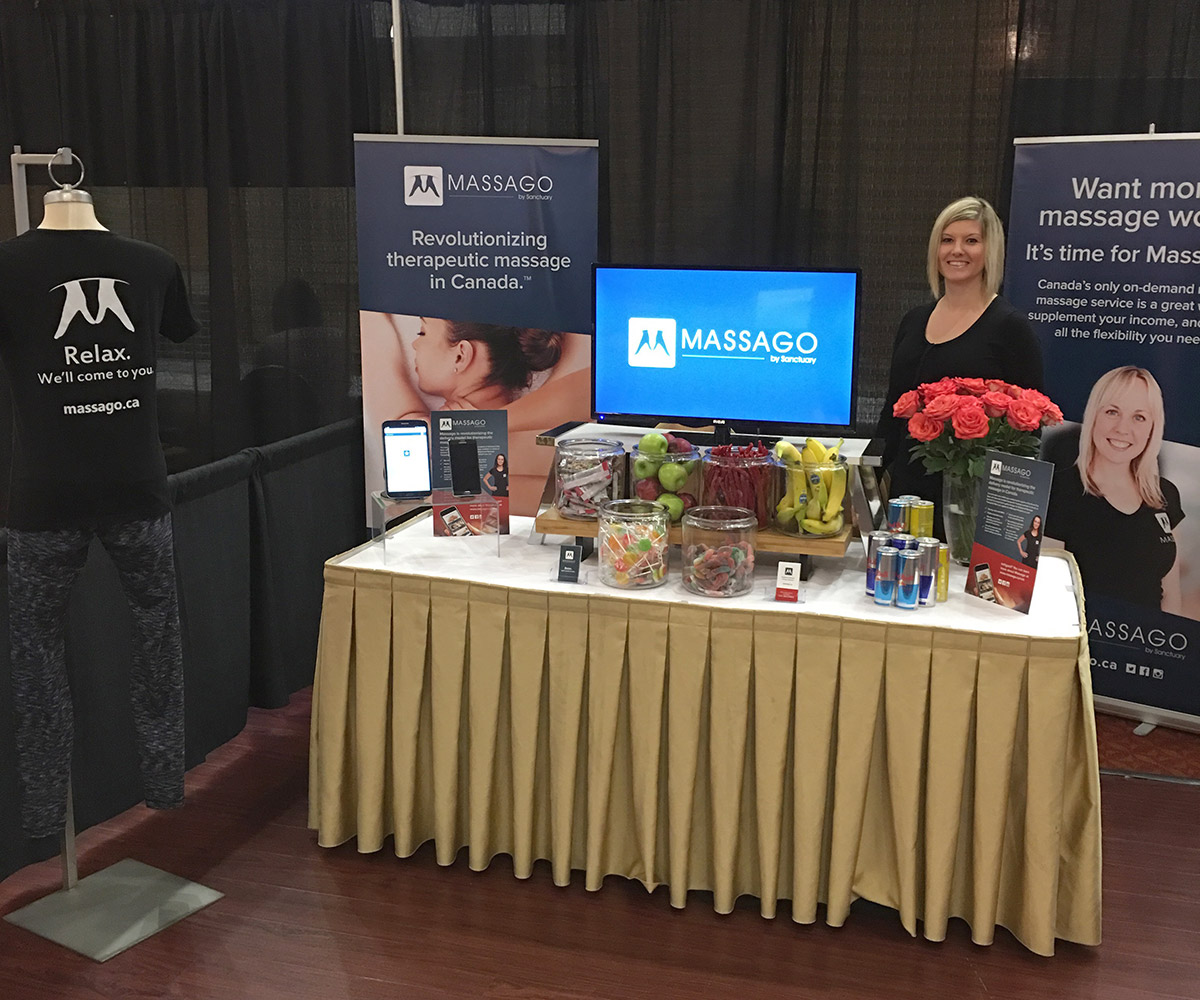 Posted at 21:00h in Massago by Massago

The idea of bringing an on-demand massage service to Canada that functions around a mobile app is one we’ve been excited about for some time. But we knew that the Massago concept would remain a  concept until we could get a substantial network of experienced Registered Massage Therapists behind the idea.

We kicked off our recruiting campaign in January with the help of various trade media, RMT schools and industry ambassadors, who were happy to help us reach out to their members with an exciting new opportunity.  A couple of industry events in January also gave us some important face time with RMTs.

It was gratifying to hear from so many therapists who, like us, feel that the time has come for their industry to evolve. They had a lot of great questions for us about how the system ensures their safety, how they get paid with Massago, and how the app enables them to meet their regulatory obligations to the CMTO. It quickly became clear to them that Massago will be a real win/win – giving them greater access to clients while offering their clients the convenience of on-demand massage.

We’ve had a blast getting to know the many GTA therapists who decided to move into the interview process. And we’ve really been impressed with the caliber of professionals who’ve decided to join us.

Not surprising, many of the first to sign up were long-time RMTs at Sanctuary Day Spas, who are as excited as we are to make this transition from traditional spa environment to massage therapy on-demand. We look forward to replicating our recruiting efforts in other Canadian cities in the months to come.

Next stop on the conference circuit –  the Massage Therapy Canada Business Forum in Mississauga on June 5th.