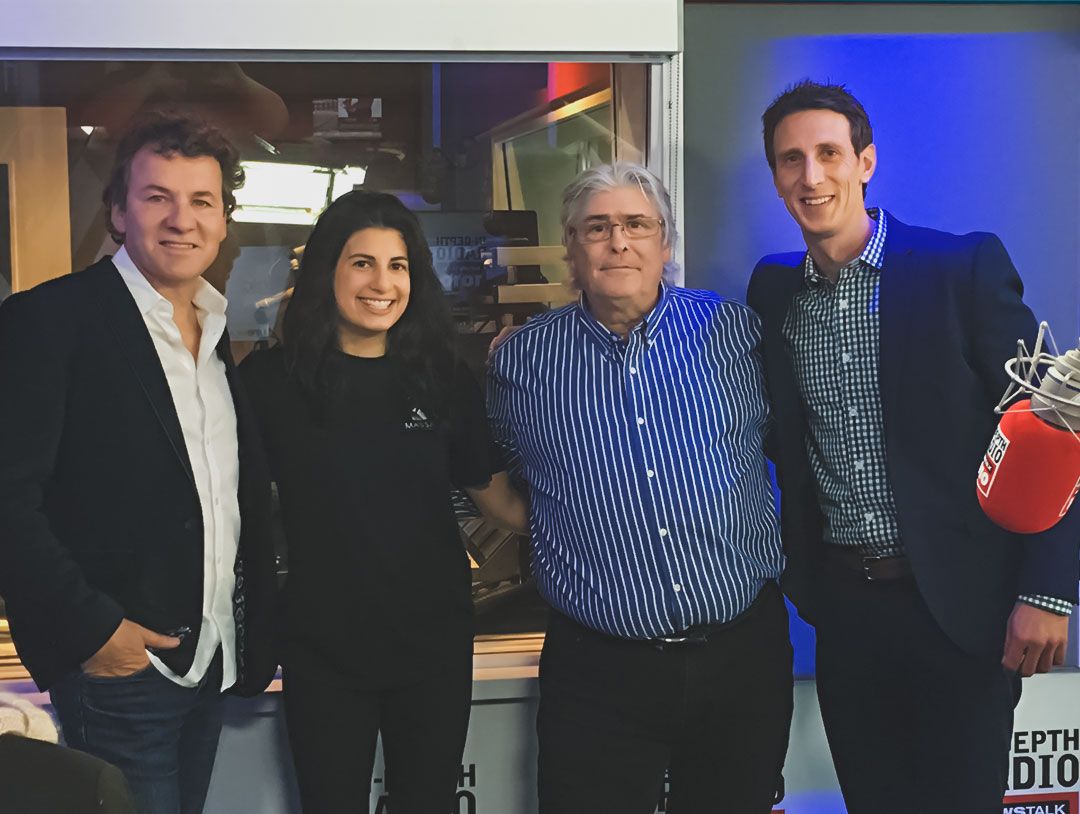 It’s not surprising that 240 companies entered to win the Newstalk 1010 Big Break for Small Business contest, recently featured on the Jerry Agar Show. Winning would mean $25,000 in business support, including a radio and digital ad campaign and consultation from branding guru Tony Chapman. So with nothing to lose, we submitted an application. The real surprise came when we learned that Massago was one of four finalists to make the cut!

I was thrilled to have an opportunity to pitch the business on the air. Newstalk 1010 is arguably one of the GTAs most listened-to radio stations and the exposure from the pitch alone was a great opportunity. But that’s not the end of our story. A few days later we learned that Massago was chosen the winner!

When I returned to 1010 to accept the award on the air, the creative team from Bell Media was waiting for me outside the studio and we immediately started working on a campaign.

The past six months have been an incredible rush with all the usual rewards and challenges of a fast-growing start-up. Trying to determine the right formula for an effective marketing strategy can get very expensive, very quickly. So this win is a big deal for us… and couldn’t have come at a better time.

We’re often told as entrepreneurs to enjoy the ride and celebrate wins along the way. That’s easier said than done when you’re knee deep in things. But we’re pausing to celebrate this one for sure!

Stay tuned to hear more about how the new Massago ad campaign develops.